A few friends, a love of caves and a small garage in Georgia has grown to become one of the most dependable and well-respected rope and rope access brands in the country – Pigeon Mountain Industries.

PMI’s CEO, Loui McCurley, recently sat down with Business Leaders Broadcast and host Bob Roark to discuss the company’s foundation and their continued commitment to high-quality and life-saving products more than 40 years later.

In the heart of Northwestern Georgia, Pigeon Mountain boasts numerous caves, including two of the deepest natural pit caves in the USA.  It was in this region, known as the TAG caving area, that Pigeon Mountain Industries Founder, Steve Hudson, began to explore caving and the rope that was used.

“TAG is the region of Tennessee, Alabama and Georgia that make up the TAG caving area,” explained McCurley. “Most of the caves in the United States are centered right in that region, where the three states come together.” 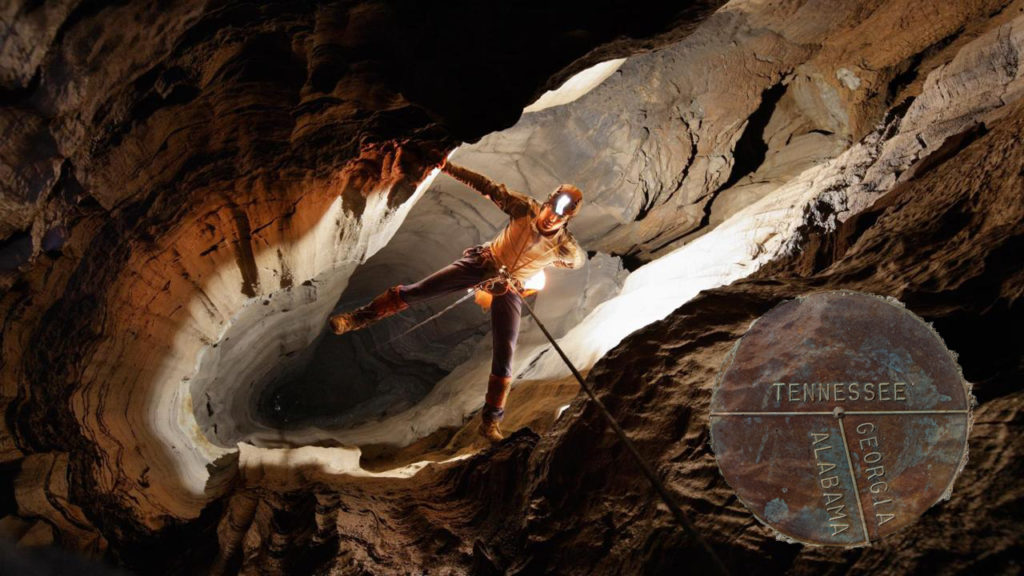 Before he left college, Steve had begun to dabble in making his own ropes designed for the needs of recreational cavers and climbers. By 1976, he had teamed up with three other caving families, bought a rope braider, incorporated PMI and began in earnest the application of his skills and knowledge to kernmantle rope making.

“The founders of our company were all cavers,” said Loui McCurley. “They wanted a better caving rope to go caving with, so they literally bought a rope machine, stuck it in some guy’s garage, and started making rope for them and their friends. That was the foundation of PMI, back in the 1970s.” 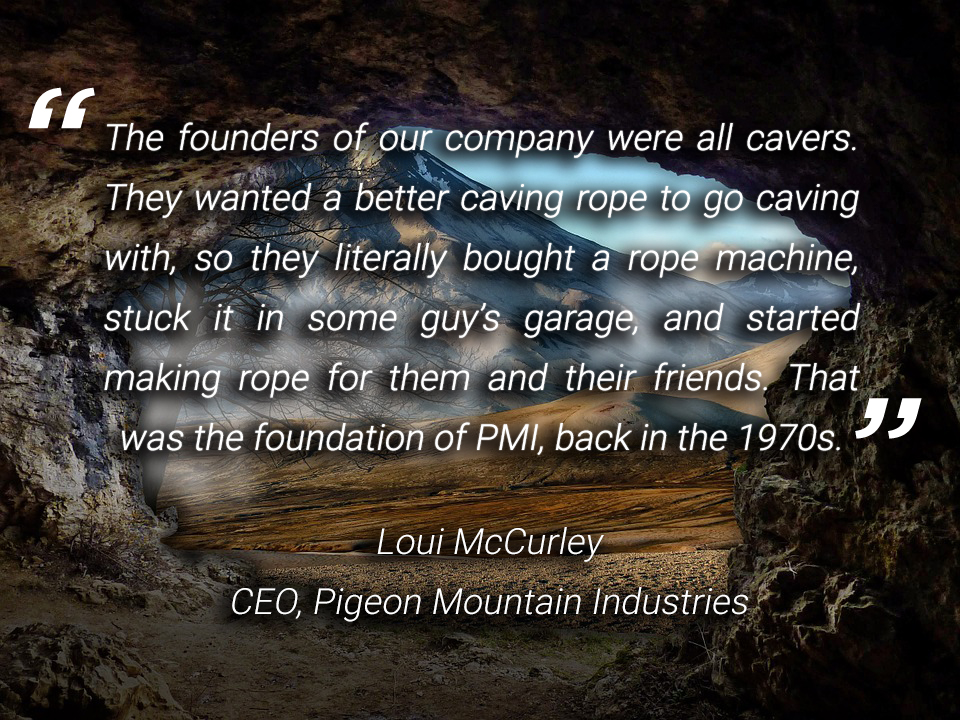 Hudson and the others involved with PMI’s foundation knew that the rope they needed must be strong, consistent, high-quality, long-wearing, inexpensive, and easy to handle. Their growth into national and international recognition came amidst a tragic calling for safer practices.

“They did that for a number of years. At one point in the late 70s, there was an article about an accident, explained McCurley. “Tragically, in New York City, some firefighters used a rope that was never intended for life safety and they plunged to their death.”

A white paper came out as a result of that accident. In that paper it said, ‘if these guys had been using a proper rope, such as…’ and PMI was one of the companies that had been named as a manufacturer of proper life safety rope.

“Remember these guys were manufacturing in their buddy’s garage. Literally overnight, they went from making a couple of spools of rope a month for friends and family to suddenly having years’ worth of backorders for life safety ropes for rescuers. PMI grew rather rapidly in those days, focusing primarily on the new founded kernmantle version of life safety rope.” 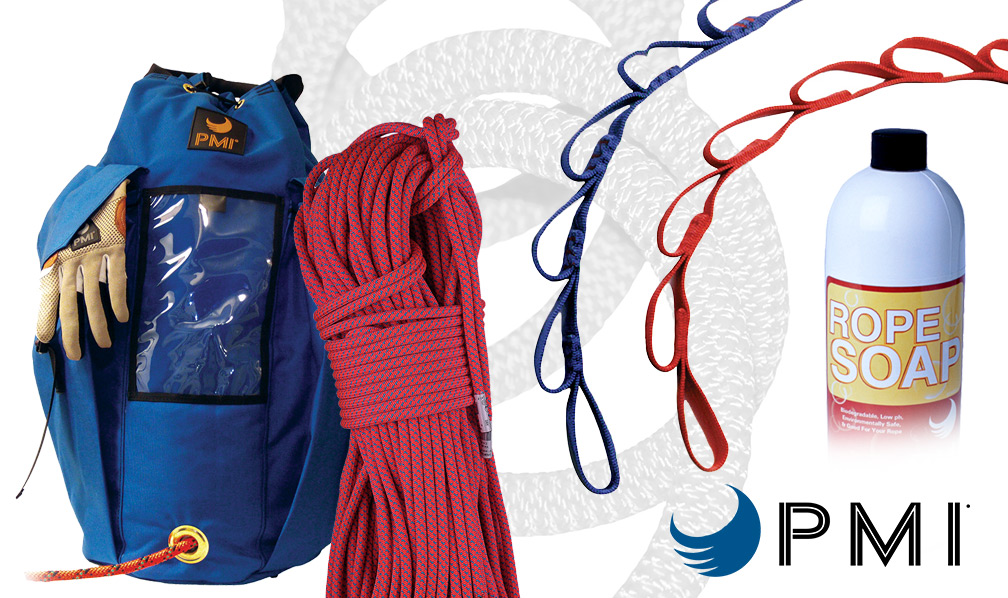 PMI has become a leading life safety rope manufacturer, supplying life safety rope to cavers, climbers, mountaineers, rescuers, rappellers and the military. Their ropes are renowned across the globe and can be found in use on the summit of Mt Everest, in the caves of China, through the dark reaches of Antarctica, inside Asian industrial plants, by municipal rescue squads, in the European Alps, and right here in our own American backyard.

You can find Pigeon Mountain’s entire line of rope, rope access and rope care gear at ShopMTN.com. Whether you're saving lives, working at heights, or letting loose recreationally, MTN has the PMI gear you need.